What twenty-somethings need from us more than (almost) anything else

What twenty-somethings need from us more than (almost) anything else

These are two of the common labels we hear about young adults today.

But before we judge too quickly, let’s take a deeper dive into the journey of the twenty-somethings in our homes, neighborhoods, and churches.

To many adults over 30—and especially adults over 60—young people in their twenties can be somewhat mystifying. In comparison with previous generations, young adults’ journey toward maturity often seems to move in slow motion. Here’s why:

1) Young adults are getting married later.

The median age for first marriage is now 26.5 for women and 28.7 for men, both of which are more than five years later than 50 years ago.1

The average age for women bearing their first child is 26 years—almost five years later than women in 1970.2

While previous generations of young adults plunged into the workforce right after high school or in their early twenties, many of today’s young adults often wait until their late twenties or early thirties to take on a long-term career. When they eventually dive into the workforce, the average American holds six different jobs between the ages of 18 and 26, and two-thirds of these jobs occur between ages 18 and 22.3

Partly because of young adults’ career and educational odysseys, and partly because of today’s economic climate, it often takes them longer to become financially independent. Forty percent of young adults in their twenties move back home with their parents at least once.4 This isn’t necessarily a mark of immaturity; sometimes it’s a bold intermediate step toward eventual financial self-support.

These tendencies in emerging adults to explore their options are not necessarily a result of conscious desire or intentional choice. The world young people have been handed is more complex, competitive, and diverse than the world we knew as young adults. The conventional array of paths available to them has been exponentially multiplied. As a result, there is so much more to navigate—whether they want to or not.

In the midst of a tumultuous, ever-changing season, what twenty-somethings need from us more than anything else is empathy.

The 259 thriving congregations we studied as part of our Growing Young research worked hard to understand these complex realities of emerging adulthood. One of the core commitments held by these churches building amazing relationships with 15-29-year-olds is their ability to empathize with young people.

Sure, they are clear that young people (and all people for that matter) are in need of a savior. But in the midst of a culture that often judges young people as lazy and entitled, these churches listen, understand, and journey with.

Here are three ways you and your church can extend empathy toward young people:

When you see something you don’t understand—whether it’s a fashion statement, a lifestyle choice, or a job change—don’t assume you know what’s behind it. Take time to ask genuine questions and seek understanding. You may be surprised at what you learn.

2) Expect the journey to look different from yours.

Times have changed. The markers of “adulthood” have blurred. Look for ways to name maturity and growth where you see it, but don’t assume emerging adults around you will aim for the same milestones, or in the same ways you did.

Recently we hosted a panel of twenty-somethings and asked what adults at church could do to reach out. The response: “Ask, ‘What are you doing for lunch after church today?’ Chances are good we won’t have plans.” The great news is that while the emerging adult journey may look different, young people still long for companionship, and in particular they are looking for older friends and mentors. So invite them to lunch at a local favorite restaurant. Welcome them into your home for a meal—and don’t stress about making it look perfect first. They’re looking for authenticity, for real adults who live real lives and even messy kids.

Empathy is just a first step toward walking with young adults through this season of life. But we must never underestimate the power our empathy has to open up relationships and, ultimately, to change us.

One faith question to ask your kids often 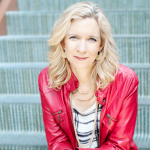